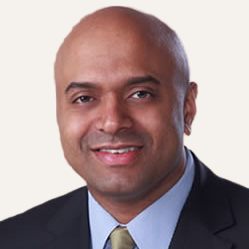 Dr. Thott completed part of his medical training overseas and remaining clinical training at Northwestern University Hospital and Cook County Hospital in Chicago, IL. He completed his Obstetrics and Gynecology training at The Reading Hospital and Medical Center in Pennsylvania. Dr. Thott has a specialized focus and advanced training in Urogynecology and Pelvic reconstructive surgery and was awarded for outstanding laparoscopic skill and minimally invasive surgery by both the American Association of Gynecologic Laparoscopists (AAGL) and Society of Laparoendoscopic Surgeons (SLS). He sits on multiple boards and panels among various medical societies including the American College of Obstetrics and Gynecology (ACOG), American Academy of Gynecological Laparoscopists (AAGL), and Society of Laparoscopic Surgerons (SLS). He travels nationally and internationally, training surgeons in the field of laparoscopic surgery. He is the founder of the Women’s Surgical Institute, a not-for-profit institute dedicated to training surgeons worldwide in minimally invasive surgery. Dr. Thott has also been the Chief of OB/GYN at Stafford Hospital since 2009 and sits on various committees and boards at Mary Washington Healthcare. He brings his expertise to service women’s health and surgical needs in the northern and central Virginia communities of Stafford, Fredericksburg, and Spotsylvania. He is the highest volume minimally invasive gynecologic surgeon in the region.